Leading a large housing authority is no simple job.  There are often thousands of employees and major issues to deal with.  Outside of being the CEO of the largest property management firm in the city, an Executive Director must also handle redevelopments, new developments, tenant issues, union issues, crime and violence and employee moral.

For those who are interested in leading a large housing agency in the future, it is worth examining the careers and educations of some of the industries top leaders.  Lets take a look at the Executive Directors or CEOs of the largest 5 housing authorities in the USA.

New York Housing Authority: Oyeshola Olatoye (“Shola”) Mrs. Olatoye was appointed to this position back in 2014.  What did she do before this post?  She worked for Enterprise Community Partners which is a large national non-profit that focuses on affordable housing development.   She also led efforts after Hurricane Sandy to help assist thousands of NYC residents after the devastating storm.  There were also stints with HSBC Bank as a Vice President and as a director at HR&A Advisers which does work in real estate development.  Mrs. Olatoye earned a bachelor’s degree with honors in history and African American studies from Wesleyan University and a master’s degree in public administration from New York University’s Wagner Graduate School of Public Service.  She is a great example to anyone who wishes to lead in public service.  NYCHA has a world class leader in Mrs. Olatoye.

Chicago Housing Authority: Eugene Jones, Jr- Mr Jones has been with the agency for a few years now and is the lead for making the agencies large redevelopment program a reality.  He has worked in the affordable housing industry for over 30 years and has touched in just about every part of the industry possible including HCV, public housing, finance and maintenance.  He earned his bachelor’s degree from the University of Albuquerque and his MBA from New Mexico Highlands University.  Jones has extensive housing and real estate development experience working for public housing authorities in Toronto, Detroit, San Francisco, Indianapolis, Kansas City, New Orleans and California.

Philadelphia Housing Authority: Kelvin A. Jeremiah- Before making his way to Philadelphia , Mr. Jeremiah emigrated from Grenada to the United States as a teenager. He received a Bachelor’s degree in History/Business Administration from Pace University, a Master of Arts in American Social History from Rutgers University, and a Master of Public Administration from American International College.  He has over 15 years of housing experience including a stint as Inspector General at the New York City Housing Authority. Mr. Jeremiah was named President & CEO of the Philadelphia Housing Authority on March 14, 2013 after serving as the HUD-appointed Administrative Receiver and the Interim Executive Director since June 2012.

Housing Authority of the City of Los Angeles: Douglas Guthrie– Mr. Guthrie was appointed the CEO of HACLA in 2012.  Before coming there, he was the President of Kimball Hill Urban Centers (KHUC), a developer of large scale mixed use and mixed income housing developments.  Mr. Guthrie also served as the President of the National Equity Fund (NEF) from 1990-95 and held the role of Senior Vice President of the Local Initiatives Support Corporation (LISC), NEF’s parent corporation.  Even earlier in his career he worked in the City of Chicago and the Chicago Housing Authority as well as a run at HUD.  Mr. Guthrie has a BA Degree in Sociology and a Masters Degree in Public Administration (specializing in Urban Studies) from Kent State University in Kent, Ohio.

Atlanta Housing Authority- Catherine Buell-  Mrs. Buell is a fairly new Executive Director in Atlanta   In a way, the position makes a lot of sense as Buell moved to Atlanta in the earlier part of her life to attend Spelman College – being drawn to the Atlanta University Campus because her older brother was at Morehouse College. She then got her law degree from Georgetown University.  Buell, has worked in real estate and economic development fields for most of her career. Before coming to the Atlanta Housing Authority,  Buell was the executive director of St. Elizabeth’s East, a national historic landmark in the Anacostia community. St. Elizabeth’s East is the largest redevelopment project for the Washington D.C. government.   AHA is extremly lucky to have this talented person at the helm. 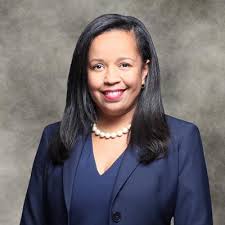