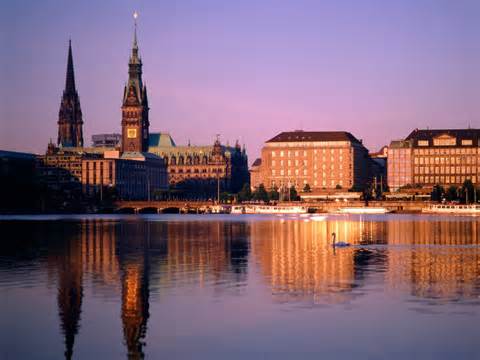 Hamburg growth in the 1980’s was not as strong as other areas of Germany because of structural changes. Since the 90s, the picture has changed. With the unification of Germany, Hamburg made economic strides, especially in international trading and business. Hamburg is also seen as an attractive city independently of its development of knowledge and service centers. Hamburg’s economy caught up over the past two decades and is now in the corresponding rankings for economic power with other international cities in Europe. The income for the residents of Hamburg is higher and the economic output of workers is up.

The population of Hamburg is growing quickly.  In the 1980’s the population stood at 1.6 Million.  Now the population at the end of the 2010’s approached 1.8 Million an increase of almost 200,000 people.  From 2000 until 2009, the average population growth in the city was around .4%.  All predictions point toward Hamburg’s population increasing until at least 2025.

Hamburg is considered a high growth city.  The construction of new apartments in Hamburg did not keep up with the population growth in recent years leading to significant price increases throughout the city.  In fact, only a small number of units are considered affordable for low to middle income families in the city.  One key factor adding to this problem was a chronically low approval rate for subsidized housing between 2005-2008.  The social housing industry led by municipal companies chose to focus energy on the existing housing stock during this time further complicating the situation.

In recent years, the terms for subsidized housing construction in Hamburg is greatly improved.  The subsidies in the city are being focused on new development in lieu of the current existing stock.  The city is working with landowners to make more property available for construction.  The municipal Housing company SAGA GWG established a target figure for developing new housing units.  In addition to new construction subsidy for rental housing, Hamburg has a program to purchase occupancy commitments for existing housing.  The property market in Hamburg is really strong so there is not much interest in this program at this point. The city is using construction policy to help develop a stronger social housing stock.  City properties are awarded based on the concept of the development plan.  At least 20% of the overall development must be allocated to subsidized housing.

When looking at numbers we can see that in 2000 around 5,800 new apartments were completed.  The number continued to drop each year until 2005 when the new units built that year stood at only 2,836.  The numbers went up slightly with 3,930 built in 2006, 2,899 in 2007, 3,474 built in 2008 and 3,187 in 2009.  The consulting group Innovative Solutions informed me the current building plan in around 6,000 new units a year for the next 10 years.  Of those, around 2,000 units will be subsidized in some way. One of the biggest problems with the lack of construction in key growth years is the high rent prices.  The average in 2010 was €9/m2.  Only Munich, Frankfurt and Heidelberg saw higher rents in that time than Hamburg.  One factor that is important to examine is the public funding of new building since the 1990’s.  Until the 80s, the proportion of subsidized housing for all new completions in Hamburg was close to two-thirties.  In the 90’s, about half of all new dwellings were publicly funded and  in the 2000’s about 1/3.

Below the chart shows how Hamburg could open the market more by using a direct subsidy program to renters.