I spoke recently with a colleague that works at Housing Europe.  Our discussion focused on how nationalism is sweeping across not only the USA but other European countries.  Austria almost swept a nationalist presidential candidate into office, Marine Le Pen in France is doing well in polling,  and Geert Wilder’s party is looking to score a large win in the upcoming Dutch.  These are more well known Western European names, but interesting movements are well under way or already well established in Eastern European countries like Hungary and recently  Poland.

When we discuss nationalism, it takes us down a very controversial road.  Discussing the current political climate around the world and bringing up nationalism ensures that we also need to talk about populism and good old fashion conservatism.  From what we are seeing around the world, one cannot divorce all of these competing ideologies/mentalities and how they may or may not affect public housing funding here in the USA and social housing in other countries.

Nationalism: a sense of national consciousness exalting one nation above all others and placing primary emphasis on promotion of its culture and interests as opposed to those of other nations or groups .-(from Merriam Webster)

Populism: I am not going to try defining this because populism has been used to describe far left movements, far right movements, centrist movements ect.  What we should understand is that in our current context in the USA, we could say that President Trump used his charismatic personality to rally followers around issues of immigration, jobs and a buy American, build American platform that blurred the lines of nationalism and populism.  Do not think that Populism lends itself to only far right leadership styles.  Spain’s leader is using populist rhetoric to seize empty properties from Banks and give them to homeless.

Conservatism: If you work in affordable housing, you probably understand some of the bedrock principles of conservatism.  The ideology is hard on spending, believes in pulling oneself up by the bootstraps and thinks that giving social benefits such as housing creates dependency.

Wow, what a mixture of ideology/politics to digest when talking about President Trump’s possible affect on funding and public housing.  What we need to be clear on is that he is pushing an American first strategy that ties to nationalism, wants to appeal to middle class working Americans using populism rhetoric but may enact his agenda by using conservative partners in congress who are unsympathetic to affordable housing programs.

We are hearing that the 2018 fiscal budget will boost defense spending by upwards of $54 billion dollars but will not touch entitlement programs like social security. This proves out that the Trump administration seems focused on enacting its nationalistic/populist agenda.  Although fiscal conservatives might bat an eye at the proposed increase in spending without cutting entitlement, it is hard to imagine house and senate republicans not backing the president.  In our world of affordable housing, we have to think how the proposed budget might affect the HUD and trickle down to housing authorities across the country.

We are starting to see the makings of a budget proposal that will drastically increase defense spending,  offer zero entitlement reform and put a clear target on non-defense/safety spending programs like housing.

Mick Mulvaney who is the current Office of Management and Budget Director confirmed that the budget would be an “American First” budget with a keen focus on national borders and the military. Hmmmmm, unfortunately it might be time to start preparing ourselves for the worst.

A Republican held congress will seek to find at least some type of balance as the future budget is developed.  We are already hearing rumors of deep cuts to the EPA, State Department and the sciences. Although we can begin speculating what might happen, a lot of battles are going to play out both within the republican party and across the aisle with the democrats.

Many in DC believe it will be the non-defense civilian departments that take the hammering.  There is a belief that departments that support veterans could be safe or even see increases.  However other smaller departments could see reductions of 10%. David Haun, who works in Grant Thornton’s global public sector branch said “It may be that cuts to the other parts of the non-defense discretionary may be even deeper than 10 percent in order to protect those parts of the non-defense side that we think may be protected,” …“So 13, 14, 15 percent might not be out of line for an EPA or an Education [Department] or some of these other program areas that are not going to be protected.” 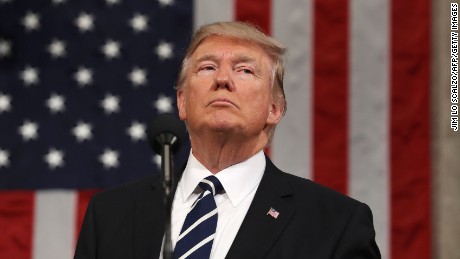 What Does That Mean For Public Housing Authorities?

Any talk of large scale cuts across federal departments sends chills through us in the affordable housing arena.  We know every dollar cut could lead to another family losing housing or perhaps becoming insecure in their situation.

Some of the first talk about the actual dollar amounts are coming out of New York. New York City Housing Authority (NYCHA) Chairwoman Shola Olatoye worked off the figure of an 11% reduction in funds to tell members of congress how their agency would be affected.  NYCHA is of course the largest housing authority in the USA by far and estimates it would lose around $121 million dollars in public housing funding and around $53.8 million dollars in housing choice voucher funding.  Those numbers are astonishing and should be deeply troubling to anyone working in the public housing realm.  Although PHA’s across the USA range from 100 units to 150,000 units, we can all understand what an 11% cut to our budgets would mean.

Personally I hate to even write about this subject. It is depressing/soul sucking to think that those who have the least in our cities could bear the brunt of any federal cuts.  As much as I do not writing about this subject, I do think it is important to talk openly about what could happen.  With that said, speculating can lead to unneeded stress and worry.   We must be realistic, pro-active and thoughtful in our approach.  Wait and see might lead to reactionary behavior which could hurt not only residents but also the staff who ensure we meet our goals.

One option is to be pro-active and expect the worst or something along those lines.  That would mean to plan for a cut.  Maybe not 11% but perhaps factor 5%-6% in when planning for the year.  It might be prudent to plan to eliminate unnecessary travel and or extra-circular costs.  If there are open positions, it might be wise to leave them unfilled unless 100% necessary.

If there are other activities you can do to increase revenue/decrease costs, go for it.  For example:

Make a Plan- In general, make a plan.  If you have not already made one, create a document that lays out how your agency will increase revenue or reduce costs.  It could be a bullet point list that you turn to if needed.

I am a bit of a geek and read up on what other housing authorities are doing in their yearly planning.  For example, in Houston the housing authority planned more conservatively with its budget. At its January board meeting, the following was shared

“Secretary Gunsolley continued, stating that staff had to make some estimates and forecasts and we have chosen a conservative approach. He indicated that in the voucher administrative line, we used a proration of 80%, but we are currently receiving 84% and in the voucher HAP, we created a 95% proration which is currently what were are experiencing.”

I know other PHAs are doing the same around the country.  This might help with some of the shock if we were to experience a cut of the magnitude talked about earlier in this article.

What Is Your Plan?

In a way, all we can do is wait and see.  If our budgets are left alone, super!  If the are increased, even better.  However; planning is king and can help us prepare.

What are you doing at your agency?  Do you have a plan?  Are you willing to share here?  If you are in Europe, what is happening with your budgets?  If you have any suggestions, please share.

****My views and writing on this subject do not reflect the views of any organization that I work for or with.****